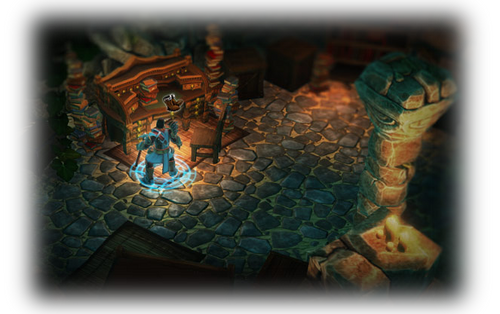 Shipped with the powerful editor the game was made with, allowing you to create your own single player and multiplayer adventures, and publish them online.

A 3D RPG with oldschool roots

Divinity: Original Sin goes back to the values of memorable cRPGs: isometric, party based, turn based, gripping dialogues, choice and consequence, deep story, profound character and party development, a big interactive world filled with characters and items, systemic elements that create surprising behaviors, free exploration rather than linearity... There is only one main goal, and how you get there is completely up to you. And Divinity: Original Sin does all these things with a modern, state-of-the-art 3D representation.

Make optimal use of your action points, skills, spells, equipment, and even the environment to overcome the challenges set before you. Hire henchmen to balance out your party. See through the behaviors, and the strengths and weaknesses of your opponents. Bend combat rules to your advantage or suffer miserable defeat. And here's the kicker: if one party member stumbles upon a turn-based fight all by himself (the party does not have to stay together), the other party members are still running around in real-time. Don't wrap your brain around the implications on the time-space continuum.

Play in coop multiplayer and engage in coop dialogues

Everything is more fun with a friend and so is Original Sin: drop-in, drop-out multiplayer takes care of that, both online and locally.

Still, even the best of friends sometimes disagree and that's just fine: the game supports it, and encourages it. Just like in a pen and paper RPG, we allow the party members to weigh in on decisions. With our unique coop dialogue system, there is no party leader. If both heroes are close enough to a dialogue, both participate and make the final decision together.

(This does mean one party member could run off and talk to people and make decisions all by himself. Yes, we support trolls.)

Disagreeing in cooperative dialogs doesn't just influence choice and consequence, it also shapes how well the two protagonists are compatible with one another. Every decision adds to a social stat: what do your heroes' traits tell about their affinity? Will they end up as friends and even lovers, or do they have to learn to live together out of sheer necessity?

Get your hands dirty: create your own (multiplayer) adventures and share them online

With Original Sin comes the powerful toolset used by the game's designers so that you too can make your own role playing tales, which yes, you can play together with your friends!

Unravel, a deep and epic story, set in the early days of Rivellon

Turn page after page of a thrilling, but perplexing saga. Bit by bit you'll add pieces to the puzzle until you find out what people's real motives are and what your part is in the grand mystery unfolding around you. Taking place well before Divine Divinity and The Dragon Knight Saga, Divinity: Original Sin presents you with a familiar world in another era. But don't worry, you'll still meet some familiar faces and we don't just mean Zandalor!

You're an adventurer, in need of adventurer's gear, but that doesn't mean a thing to the merchant whose sword you just stole. If he catches you in the act, he's bound to call the guards or even attack you! Global reputation, individual attitudes, factions, different types of persuasion, bribing, bidding, stealing, lock picking, pick pocketing, line of sight, hearing, patrols, jail break... It's all part of the game. 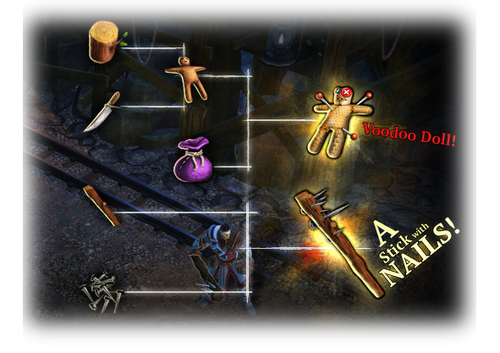 If it's not nailed to the ground, if it's not too heavy: you can pick it up, move it, destroy it, interact with it... There are dozens upon dozens of items to find, and even if they do seem useless, experiment with combining items! Found a nice, sturdy branch and some devilishly sharp nails? You now have all the ingredients you need to make a nasty mace... if the thought occurs to you!

Using your Source powers, you can channel magical energy in many different ways. For instance, you can manipulate the four elements to work together and against each other as you would expect them to (e.g. ice freezes water, fire melts ice).

From coastal towns to haunted woods; from war-torn farmlands to frozen wastes inhabited all by creatures that are frightening, lethal and even grotesque, Original Sin has it all. And to go up against your foes even more weapons, equipment and all kinds of magical paraphernalia can be obtained. Remember: this is a game for RPG gamers, by RPG gamers!

Q: When will this be out?
A: We are currently aiming for November 2013.

Q: Will there be a physical release?
A: Yes.

Q: What engine is this?
A: This is our own in-house engine. It's pretty powerful. It's also running Dragon Commander.

Q: Do we get to create our own characters?
A: Yes. When you start a new game, you will have to create two heroes. You choose their sex, appearance, and you customize your starting builds by distributing stat points and by choosing their first skills.

Q: What about character development?
A: Character development follows the philosophy of the game: it's very free. Just like other Divinity games, Divinity Original Sin is classless. We are still playing around with the balancing, but there are currently 6 primary stats, a whole lot of secondary stats, and social stats that you gather throughout the game. At the moment, you get one statpoint per level-up. You also get one skillpoint per level-up, and you can freely choose any skill from any school. There are 6 schools: 4 schools of magic (earth, wind, fire, water).

Q: Can you change the characters' appearances?
A: Yes, the equipment they wear changes their 3D model in game.

Q: Combat is turn-based, huh? So what are the rules?
A: Participants in combat act when it's their turn in a round. Turn order is defined by initiative. When it's your turn, you spend action points to move around the battlefield, and perform actions such as attacking, casting spells, using items, changing equipment... At the moment, we have rules such as flanking, backstabbing and attack of opportunity.

Q: Turn based with 2 characters... I thought this was party based. With, like, a bigger party...
A: Each hero can hire a henchman. And you can summon elementals. So party size can grow up to four. If you're feeling really bold, you can try to take on combat without henchmen, but good luck with all that!

Q: Henchmen, eh?
A: Yep. And you get to equip them, level them, and manage their inventories.

Q: Is there friendly fire?
A: Yes. You'd better watch what you're doing.

Q: So you could be a complete donkey about it?
A: Yes. Also concerning loot drops: they just scatter on the floor, so first come, first serve.

Q: Are there races in the world other than orcs and humans?
A: Yes.

Q: Is it possible to talk your way out of combat?
A: Where it makes sense, yes it is possible.

Q: Is it possible to sneak past enemies?
A: Not in our current build, but yes, we are working on that.

Q: Is it possible to flee combat?
A: Yes. You'll have to successfully flee, which is a feature/rule we're still working on, but there are safe havens you can define to flee to.

Q: Will this be on [insert device/OS here]?
A: It may be. But we're first focusing on the PC version. And no, we're not letting console limitations (memory...) and specific console design (UI/controls...) have an impact on current development.

Q: What languages will this be translated to?
A: At the moment we're planning on German, French, Polish and Russian.

Q: How does coop work?
A: It's drop in/drop out coop (over LAN or internet). So you can join a friend who's already playing. This makes him the host (or server) and you just jump right in. You take over one of his two heroes. The host will be able to decide what you will can do to them (e.g. level up, sell items...). The game is saved on his computer.

Q: Why is it called Original Sin?
A: Hey, no spoilers! The title will become clear as you play through the main story.

Q: Is choice and consequence important?
A: Your choices have an impact on the world, and on your party. Sometimes immediately, sometimes it will become clear only after a couple of hours. Choice and consequence for us is important, because it makes the world feel alive, real, and it makes you feel like you have an impact on the world, its inhabitants and its stories. It adds to the replayability. To you, as a player, it will often be hard to make a choice, because it will not always be clear what right or wrong is, or how it will affect the world.

Q: How big is the game? How long does it take to finish it?
A: This is always a tough question. Depends on who's playing: are you any good at combat? Do you read everything you see, leave no stone unturned? Do you want to see every pixel on the map? Do you want to try out different dialogue options and quicksave and reload after trying different things? We think we are making a game that should take on average 40 hours to finish. We also thought this of Divine Divinity, and certain people can finish that in 20 hours, while others spend more than 100 hours in one playthrough...